(US soldiers fighting in Afghanistan)

Recently, C. J. Chivers appeared on Book TV/C-SPAN and describes how he went about writing his new book, THE FIGHTERS: AMERICANS IN COMBAT IN AFGHANISTAN AND IRAQ.  After 9/11 the US military mission was to root out and defeat the Taliban and al-Qaeda in Afghanistan.  Chivers, a New York Times investigative correspondent argues that the mission was accomplished in a few weeks, but after seventeen years, we as a nation still find ourselves supporting the governments in Kabul and Baghdad with thousands of troops.  During those seventeen years over 2.7 million soldiers fought in Afghanistan and Iraq with over 3,000 deaths and 10,000 wounded.  Based on our present circumstances in both countries it is important to understand the experiences of American forces and gain insights into their lives before, during, and after their service.  Chivers engages this task and the result is a powerful book that should be the standard in trying to explain what has happened to the American military and their soldiers during the last seventeen years. Chivers’ approach is broad based.  He relies on interviews of the combatants and narrows it down to six to eight individuals.  They were chosen to represent as many areas as possible; he has chosen soldiers from different phases of the wars discussed; he focuses on the different enemies the US was confronted with; he explores different regions in the combat areas; the characters represent career soldiers from before 9/11, and those who joined because of the attack at the World Trade Center.  Further, he explores the individual MOS of each character, how each soldier readjusted to civilian life, and their views about the wars before, during, and after their involvement.  By using this approach Chivers can dig down and engage the human emotions involved, how combat affected his characters, and how the wars affected their families.

Chivers’ research rests on numerous interviews conducted over a six-year period, diaries maintained by the participants, newspaper accounts, and other primary materials that were available.  The author concludes that the men and women who fought represent only 1% of our country.  The American people do not know that 1%, and most do not know anyone that knows them.  This is important because that being the case the war does not touch most of us, therefore when decisions were made to fight the public debate was minimal.  Perhaps if we had a draft and more people had “skin in the game” the public would be more involved, and it would not be so easy to engage in warfare.  Chivers’ goal is an effort to remedy this situation “in part through demystification.”  In doing so he rejects the views of senior officers.  “It channels those who did the bulk of the fighting with an unapologetic belief that the voices of combatants of the lower and middle rank are more valuable, and more likely to be candid and rooted in battlefield experience, than those of the generals and admirals who order them to action—and often try to speak for them too.”  Chivers is correct when he states that the history of warfare can be summed up with “too much general and not enough sergeant.”

Chivers offers a critical indictment of American decision making and policies that led to war in Afghanistan and Iraq, as well as the errors that have ensued during the wars themselves.  The lies, political machinations, career enhancing decisions, and general stupidity of what has occurred over the last seventeen years is on full display.  The author presents six major characters, across numerous military fields in making his arguments.  Chivers begins with Lieutenant Layne McDowell, a combat pilot; he goes on to include Sergeant First Class Leo Kryzewski, a Special Forces team navigator; Hospital Corpsman Dustin E. Kirby; Chief Warrant Officer Michael Sebonic, a helicopter commander; Specialist Robert Soto, an eighteen year old radio operator in an infantry unit; and Lieutenant Jarrod Neff, an infantry unit commander.  Chivers allows the reader to get to know each character in a personal way, that when things go wrong they feel the pain that each soldier experiences.  Chivers describes numerous ambushes, mortar attacks, IED explosions, rocket attacks, remote explosions, suicide bombs, and how soldiers tried to cope, especially the after effects.  In effect, Chivers describes the “rawness of combat” and war itself and the difficulties endured by those who served. 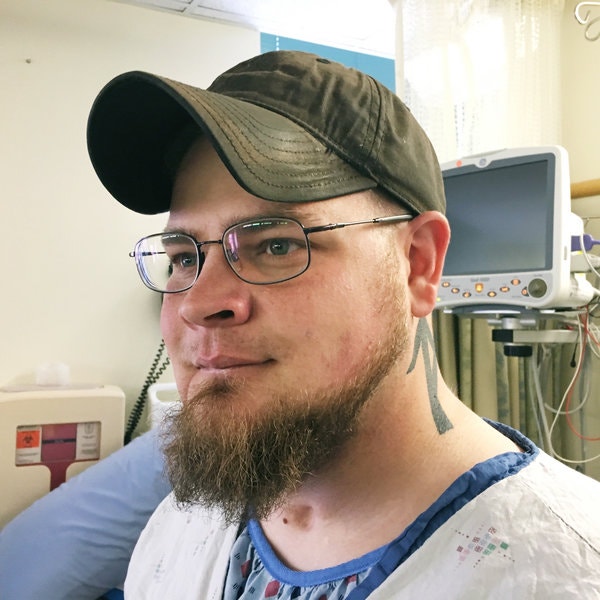 Perhaps the most poignant description in the book is when Petty Officer Dustin “Doc” Kirby spoke with the father of a soldier whose life he had saved, Chivers writes “The voice on the other end was breaking.  Bob Smith was talking through tears.  He pushed on.  ‘My son would not be alive if not for you…. And if I am breathing, you will have a father in Ohio.’  Kirby’s guilt began to lift.”

The military bureaucracy, “chicken shit” attitudes by higher ups, and poor decision-making where things that soldiers had to deal with daily to survive.  For those in combat it came down to the battlefield’s baseline mentality: “They looked after themselves, platoon by platoon, squad by squad, truck crew by truck crew, each marine having the others back, and staying wide of the higher ups.”  If one theme dominants Chivers’ narrative it is that each soldier saw his fellow soldier as a brother to be treated and cared for as they would wish to be treated and cared for themselves.

All of these points are encapsulated in the description of Operation Mostar in one of the most dangerous areas of Helmand province as part of the 2010 troop surge in  Afghanistan.  Lt. Jarrod Neff must prove himself as a unit commander to his Marines having been transferred from an intelligence unit.  Neff’s experiences point out the number of important issues related to the war.  After spending billions on training an Afghan National Army, at the time of the surge they remained poorly trained, not trustworthy to the point many were suspected of being Taliban spies, and though they were to take the lead in certain operations, the Marines refused to allow it.  Chivers description of Marine training, readiness and peoperational planning provides a human element in contemplating the violence and death American soldiers were about to deal with.  As Chivers takes the reader through the assault on Marja one can only imagine how our troops can cope with what is happening around them.  The most devastating aspect of the fighting was an errant American bomb that blew up a civilian house resulting in numerous casualties with body parts strewn all around.  What made it worse is that the house contained women and children.  It would fall to Neff’s men to clean up and complete a “body death assessment.”  Chivers points out, that to this day the military has refused to release the investigative report about the incident.

Chivers has written a masterful work that describes the atmosphere that exists in combat and what life was like for those soldiers who returned home.  After reading this book the reader will become angry because of government policies, incompetence, and blindness when it came to American involvement in carrying out these two wars.  The book should now be considered the standard for anyone who wants to vicariously live the life of an American soldier today and understand where US policy went wrong. 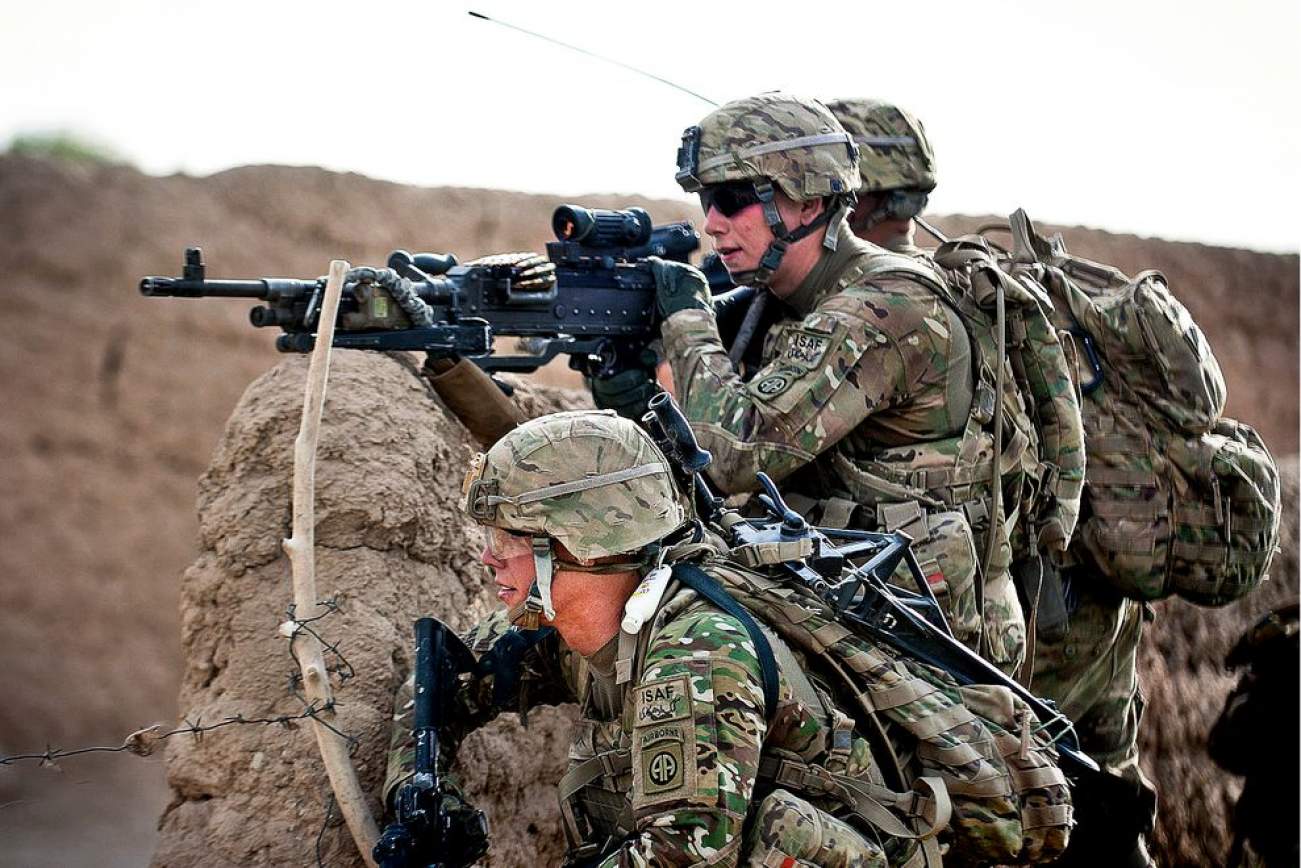 (US soldiers fighting in Afghanistan)