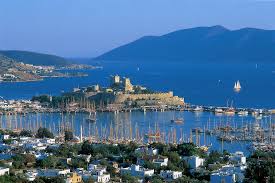 (Bodrum, Turkey where much of the novel takes place)

If you are a devotee of suspense and thrills I AM PILGRIM is for you.  If you enjoy fast action and an ever changing plot, Terry Hayes’ first novel is for you.  If you want to become engrossed in a story that has well developed characters, with interesting backgrounds, with an author who has written award winning screenplays, then this book is for you.  If you react well to a story line that constantly is shifting and has tremendous depth, then you cannot go wrong with I AM PILGRIM.  It has been a long time since I have read a spy thriller that has grabbed my attention the way Terry Hayes has done.  A screen play writer with many credits, Hayes’ has done an exceptional job with his first effort at fiction.  The book centers on a number major plot lines.  One, as the book opens the reader is presented with a murder in a fleabag hotel in Manhattan.  The main character has many aliases and I will refer to him as the narrator, has a theory dealing with the homicide that is outside the traditional investigative box.  Second, is the relationship that develops between the narrator and Ben Bradley, a New York detective, who was badly injured in the attacks on the World Trade Center.  Third, is the development of a strain of smallpox that bypasses the available vaccine that is created by an Islamic fundamentalist physician, referred to as the Saracen, who fought against the Soviet Union in Afghanistan, and has grown to hate Saudi Arabia and the United States.

There are other stories within the major story; the narrator’s relationship with his parents is important as he witnessed the death of his mother at a very young age and was adopted by a rich Greenwich, CT couple.  Bill and Grace Murdoch were not especially warm parents, particularly Grace who did not want the child, and made him quite aware of her feelings.  Bill was able to create an emotional bond with the boy and the narrator developed great respect for him.  The narrator explains that growing up in this environment and attending a New England prep school was great experience for developing “other identities” needed for his survival upon graduating Harvard and being recruited by intelligence services.   The Saracen’s life history explains why he evolves into a terrorist.   He was born in Saudi Arabia to a father who hated the United States.  A zoologist who was considered moderate by Saudi  standards was arrested and executed by Saudi officials for criticizing the royal family.  The Saracen witnessed the hanging and left his family as a teenager and was radicalized in a mosque and became a hero fighting against the Soviet Union.  He attended medical school and using his role as a physician developed his “small pox strain” to seek revenge by unleashing a pandemic in the United States that would force the US to withdraw support for the Saudis.  Lastly, the investigative techniques employed by the narrator as he tries to link the murder in New York with the actions of the Saracen.

One of the major keys to the story is a book that the narrator had written on modern investigative techniques.  It seems that the murderer in New York read the book and planned her homicide using the narrator’s ideas on how to avoid detection and commit the perfect crime.  For the narrator, 9/11 is the turning point in his life as he realized that because of the intelligence mistakes made the “entire intelligence structure would be torn apart.  It had to be rebuilt.  Nothing in the secret world would ever be the same again…people in government would only have interest in secretly policing the covert world; they would only be interested in secretly policing the Islamic world.” (53)  The narrator felt he did not fit in the new world and decided to retire.  Hayes’ views on contemporary issues come through clearly as the novel progresses and the current debate over the Senate report on torture and the CIA would certainly have been woven into the story had it been available when the book was written.  The author’s attack on the 9/11 intelligence failures and the role of our politicians is very accurate and is food for thought.  Hayes’ thriller may be the basis of a future screen play as its constant movement from one geographic region and time frame to another would play well on a movie screen.  Eventually the narrator is called upon to try and head off a biological catastrophe and forgoes retirement.

Hayes’ has an excellent command of the geo-politics of the Middle East and the historic subtleties that he describes concerning Islamic culture and the radicalization presented through the eyes of the Saracen.  As the story progresses it is easy to understand his hatred toward the west and the Saudi regime and why he chose the life path he pursued.  Hayes does a superb job developing the overall storyline, but also the subplots that accompany the larger ones, i.e.; Scott Murdoch and Jude Garrett were the same person.  Hayes jumps back and forth between the activities of the narrator and the Saracen, but his approach makes sense and it is easy to follow.  The author deftly develops the narrator’s characters whether it is Scott, Murdoch, Peter Campbell or other that were used during his career in “the shadows.”  Hayes’ insights into the “dark world” of intelligence are interesting as the narrator states “how the secret world never leaves you—it’s always waiting in the darkness, ready to gather its children back again.”  The narrator tried to live a normal life but as a former participant in “the shadows” he comes to realize that it might never be possible.  Based on our current relationship with Turkey and its indirect support for ISIS, the author’s characterization of the Turkish government and its police and intelligence services is on the mark.  By using a Turkish detective and staging a second homicide in a Turkish city, Hayes has the opportunity to provide the reader many insights into the Turkish government’s mindset in dealing with threats to their security.

Surprises abound throughout the book and the ending is surreal as torture, psychological warfare,  plot lines and major characters all come together.   For a first effort Hayes has done a remarkable job and I look forward to his next book, THE YEAR OF THE LOCUST, due to be released in June, 2015.  I assume a year later the film version of I AM PILGRIM will be released!