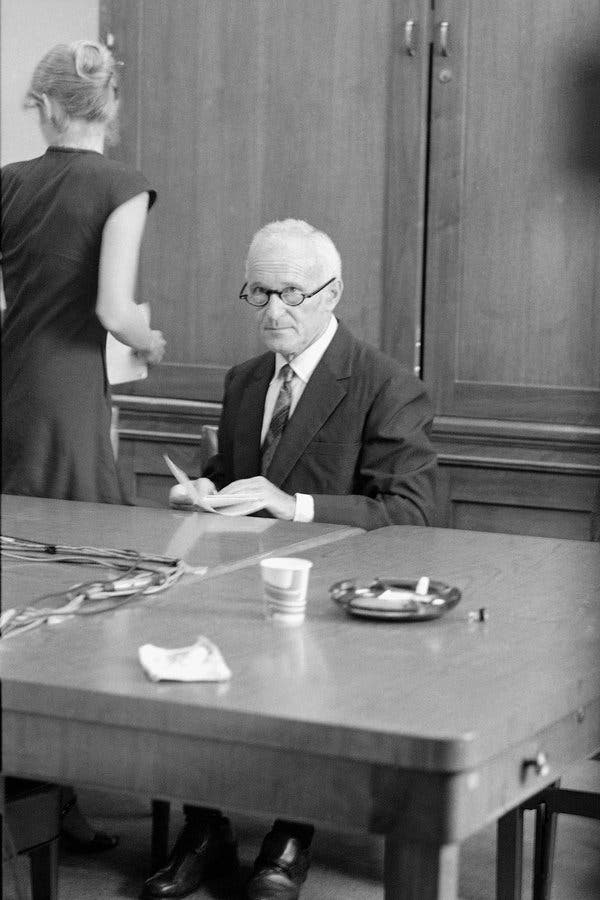 Stephen Kinzer’s latest book, POISONER IN CHIEF: SIDNEY GOTTLIEB AND THE CIA SEARCH FOR MIND CONTROL is a very troubling and disconcerting book.  The fact that the United States government sanctioned a program designed to conduct what the author terms, “brain warfare” highlights a policy that allowed for torture, the use of chemicals to develop control of people’s thoughts, murder, and the disintegration of people and their quality of life making one want to question what these bureaucrats, the military, and the intelligence community as well as the president were thinking.  Those who are familiar with Kinzer’s previous works, THE BROTHERS,  a duel biography of the John Foster and Allen W. Dulles; ALL THE SHAH’S MEN, which describes the errors of American policy toward Iran and the overthrow of the Shah; BITTER FRUIT, an analysis of the CIA coup in Guatemala in 1954;  OVERTHROW, a history of CIA coups including Iran and Guatemala in the 1950s, among the author’s nine books will recognize his fluid writing style, impeccable research, and pointed analysis.  In his current effort all of these qualities are readily apparent and apart from a certain amount of disgust by what they are reading you will find the book an exceptional expose.

Kinzer’s deep dive into the lethal and unscrupulous world of “brain warfare” must be seen in the context of time period that he discusses.  The United States found itself in the midst of the developing Cold War with the Soviet Union with intelligence focusing on Russian research into mind control.  With Soviet aggressiveness in Eastern Europe and beyond, the rise of Communist China, the Korean War, and the domestic ramifications of McCarthyism the mindset of the American military, intelligence organizations, and politicians were open to anything that could keen up and surpass the Communist bloc in any area that was deemed a threat to American national security.

The story originates with World War II with German and Japanese scientists researching how people’s thoughts could be controlled and how chemical and biological weapons could be employed against civilians and soldiers.  At the outset the book focuses on how the American government handled enemy scientists following the war, particularly “Operation Paperclip,” a program to integrate captured scientists and flip them to provide their expertise and research for the United States – see Anne Jacobsen’s OPERATION PAPERCLIP and books by Ben Macintyre for a detailed description.  Many of the scientists were guilty of crimes against humanity during the war, but that did not stop what policy makers believed to be a matter of extreme importance. 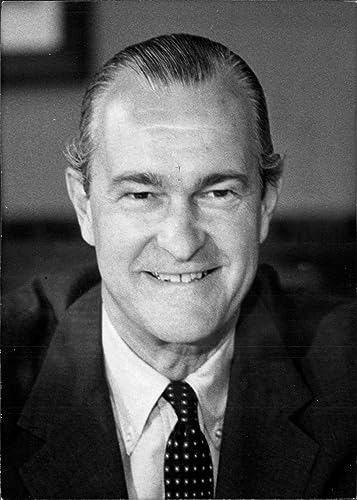 Once Kinzer provides the origins of the programs developed he delves into the life of Sidney Gottlieb, a rather ordinary individual from the Bronx whose interest growing up included biology and chemistry which eventually led to a Ph.D. from the University of Wisconsin  where he would meet Ira Baldwin who would recruit him and become his boss which eventually placed Gottlieb in charge of America’s mind control program beginning with research into the application of mind altering drugs including LSD, and the title, “Poisoner-in-Chief.”

Kinzer finds Gottlieb to be a free spirit who cultivated spirituality and wanted to be close to nature as he chose a personal voyage that was remarkably unconventional.  At work he did the same; “rejecting the limits that circumscribed more conventional minds and daring to follow his endlessly fertile imagination.  This approach allowed him to conduct research into numerous areas all designed to see if a person’s thoughts and behavior could be reoriented in a way that would benefit American national security.  Kinzer will build his narrative  block upon block of the infrastructure that the CIA created to conduct its brain research.  Beginning with Operation Bluebird in 1951, which was designed to be a broad and comprehensive, involving domestic and overseas activity including “safe houses” all over the world to conduct experiments. Later the program was renamed Artichoke which would take it to the next level, and finally MK-ULTRA which would harness chemicals, biological agents, assassination, torture, and sensory deprivation in order to carry out the mission.

Kinzer describes in detail the scientists and doctors involved, with particular focus on Gottlieb; the roles of CIA head Allen W. Dulles and his second in command, Richard Helms; the experiments themselves conducted with “expendables” who were likely prisoners, unsuspecting foreigners and American citizens, coopted doctors and scientists,  as well as CIA employees. The impact on people’s lives is explored in detail and in the case of Frank Olson, a scientist who had an expertise in the distribution of airborne biological germs, was involved in research who began to question his role winds up jumping out of the thirteenth floor window of a New York hotel shortly after he was given a drink laced with LSD that he was unaware of.  The programs described by Kinzer are hard to fathom and the fact that no one was held accountable is even more upsetting.

Those involved in the programs believed they were all that stood in the way between their country and devastation.  Kinzer has benefited from the Freedom of Information process, numerous interviews by participants and victims, in addition to other types of research.  His conclusions are damning and if one follows the chain of command it was President Dwight D. Eisenhower who approved experiments and the program in general.  It took the failure of the Bay of Pigs to cost Allen W. Dulles his position and later the Watergate break in which linked Gottlieb’s research and inventions to bring about a degree of change and congressional investigations. 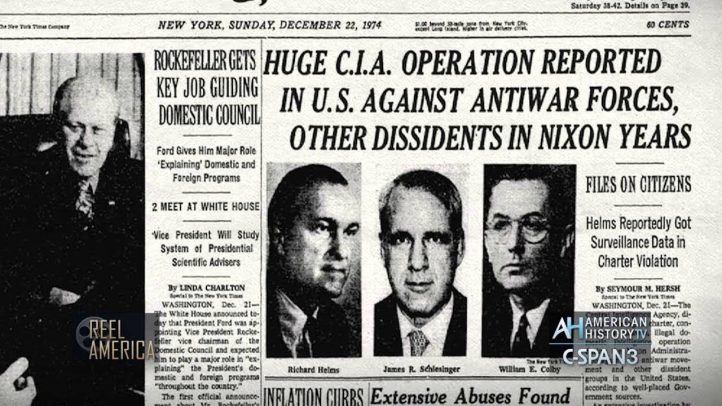 This resulted in the end of Gottlieb’s career as President Gerald R. Ford appointed the Rockefeller Commission to investigate actions taken by the CIA outside its charter in 1974 and finally the Church Committee hearings.  The problem for investigators was that Gottlieb had destroyed a great deal of the evidence of CIA murders, plots, and research and the 1950s and 60s.  Further, President Ford did not want too much information to enter the public realm as the Rockefeller Commission result was not as damning as it could have been.  In the end Gottlieb  would testify anonymously before Congress, but with a “grant of immunity” which protected him from prosecution.  It is interesting that by the early 1960s after years of relentless MK-ULTRA experiments Gottlieb reached the conclusion that there was no way to take control of another’s mind.

The author introduces a number of interesting and important characters into his narrative.  The saga of Frank Olson is important as it took years for the truth about his death to emerge.  George Hunter White a sadistic narcotics officer who opened a “national security whorehouse” to carry out his activities.  Dr. Carl Pfeiffer of Emory University, one of a number of psychiatrists who worked with the CIA.  John Mulholland, a magician who would write THE OFFICIAL CIA MANUAL OF TRICKERY AND DECEPTION.  Dr. Ewen Cameron of McGill University who conducted experiments at the Allen Memorial Institute in Montreal.   Whitey Bulger, the Boston mobster was a victim of one of Pfeiffer’s drug experiments.  Dr. Harold Abramson, a New York allergist who shared almost total knowledge of MK-ULTRA with Gottlieb.  John Marks, the author of THE SEARCH FOR THE MANCHURIAN CANDIDATE.  The work of these individuals and others was very impactful for Gottlieb’s work, but in the end,  it will be for naught.

Kinzer’s research brings out a number of fascinating tidbits.  First, Gottlieb developed the cyanide capsule that Francis Gary Powers was supposed to use when his U-2 plane was shot down over Russia.  Two, Gottlieb delivered and developed the poison the CIA was to use to assassinate Patrice Lumumba in the Congo in 1960.  Third, Gottlieb helped develop poisons designed to kill Fidel Castro.  Lastly, the drug that Gottlieb and his associates hoped would allow them to control humanity had the opposite effect.  The LSD experiments and their results would fuel a generational revolt unlike any in American history as they were popularized by the likes of Ken Kesey, the author of ONE FLEW OVER THE CUCKOOS NEST, the poet Allen Ginsberg, and Harvard professor Timothy Leary. Kinzer’s description and summary of results pertaining to “brainwashing” experimentation and implementation brings to the fore the paranoia of the 1950s and 60s.  It is an important book as it shows how the government can engage in processes that violate the civil rights of Americans as well as foreigners on their own soil, in addition to the numerous deaths that took place.  It remains astounding that Gottlieb’s successors would resort to other types of illegal activities like waterboarding in addition to other techniques from an earlier period, again in the name of national security.  Detention centers and CIA “black sites” for rendition of prisoners, the Phoenix Program in Vietnam,  Guantanamo Bay etc. are all legacies of Gottlieb’s work.  Kinzer takes the reader to some very interesting places both inside and outside the human psych with Sidney Gottlieb as our guide, but in the end his contribution to our knowledge of the period is greatly enhanced and it makes for an amazing read.